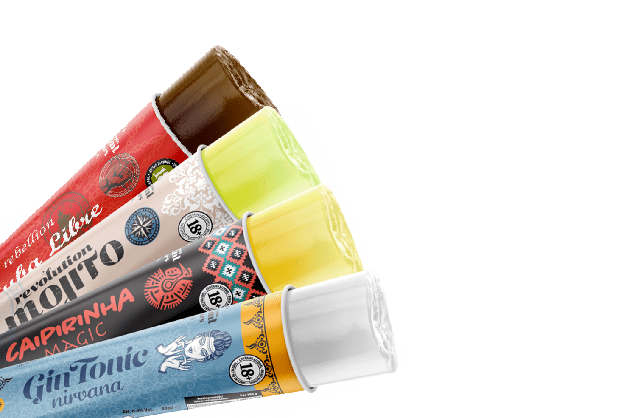 The ice creams get a grain structure instead of a needle structure which ensures a better bite. In addition, we freeze carbon dioxide into the product. That too is unique and the result is amazing. The ice cold and frozen cocktails are real cocktail classics such as Cuba Libre, Caipirinha, Gin Tonic and Mojito. 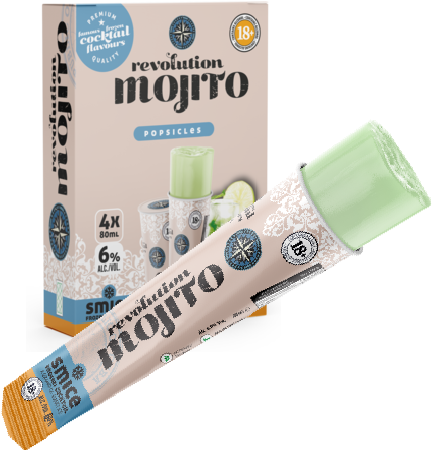 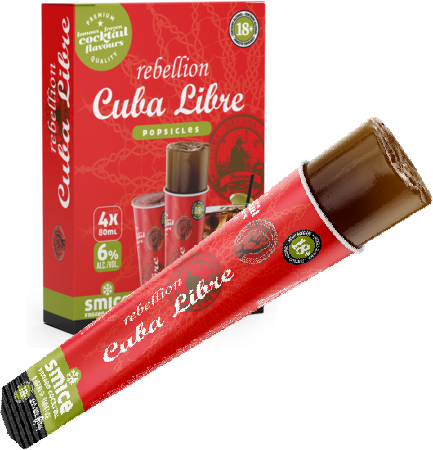 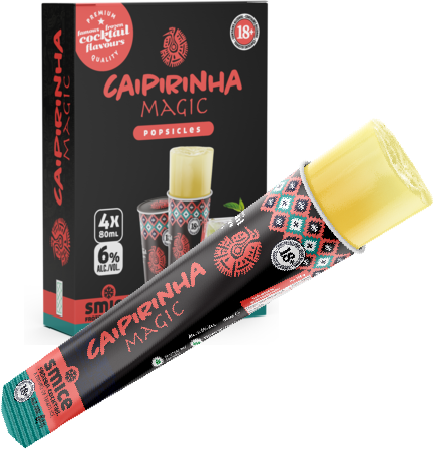 A cocktail with rum, lime juice, cane sugar, spray water and mint with lots of ice. Like most rum-based cocktails, this originates in Cuba. Possibly from the sugar plantations. The Mojito was originally intended as a medicine.

Nowadays, the Mojito is particularly popular in the nightlife for its refreshing taste. There are various theories about the origin of the name. The name may have been derived from the mojo sauce that sometimes mixes lemon. The name can also be derived from the Spanish word mojado which means wet. 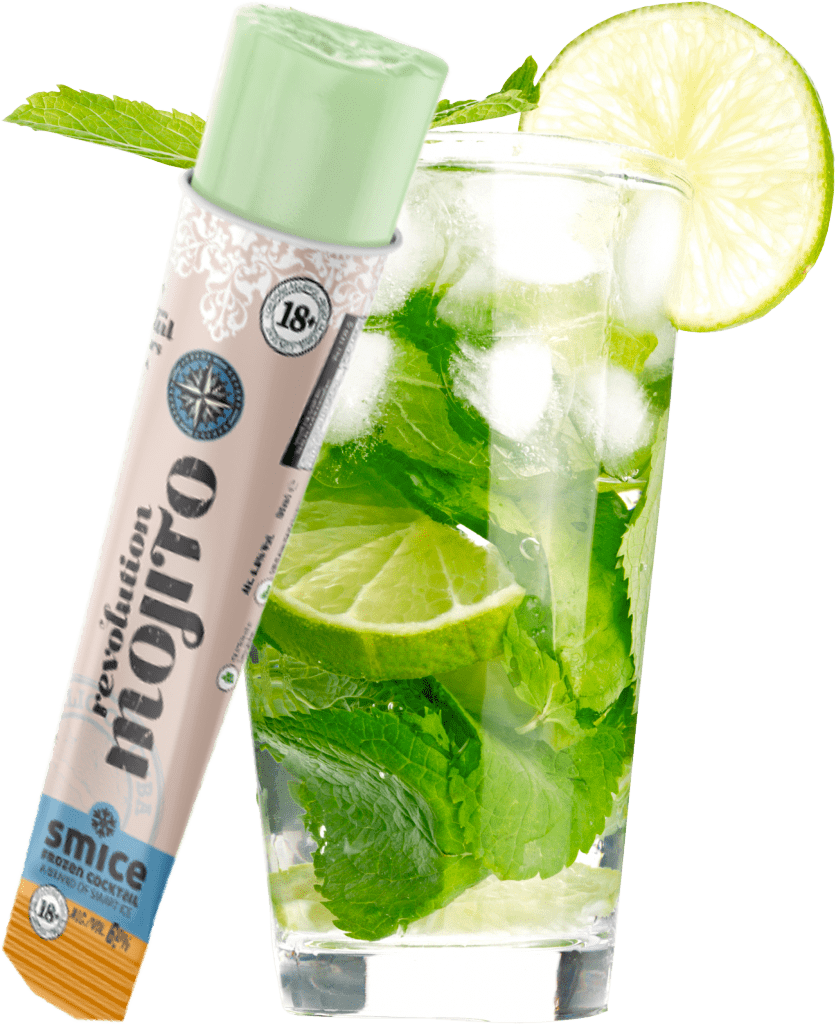 The writer Ernest Hemingway was known to love this cocktail. He often drank it in the Cuban bar Bodeguita del mid. He wrote the following text on the wall there: My mojito in La Bodeguita, My daiquiri in El Floridita. This text can still be read in his handwriting on the wall of this bar.
- more soon -

Cola, rum and lime juice in a highball glass. Cuba Libre is one of the most popular cocktails in the world. According to legend, this mix was born in a bar in Havana, the capital of Cuba, during the Spanish-American War. A captain would have walked in there and ordered a cocktail according to the above recipe. The soldiers present followed his example and it turned out to be a good drink. While drinking, Cuba Libre would have been called and that's how the name was born. It became a popular drink that from that moment was served in honor of the American liberation of Cuba. After all, the Americans had rid the island of Spanish domination. 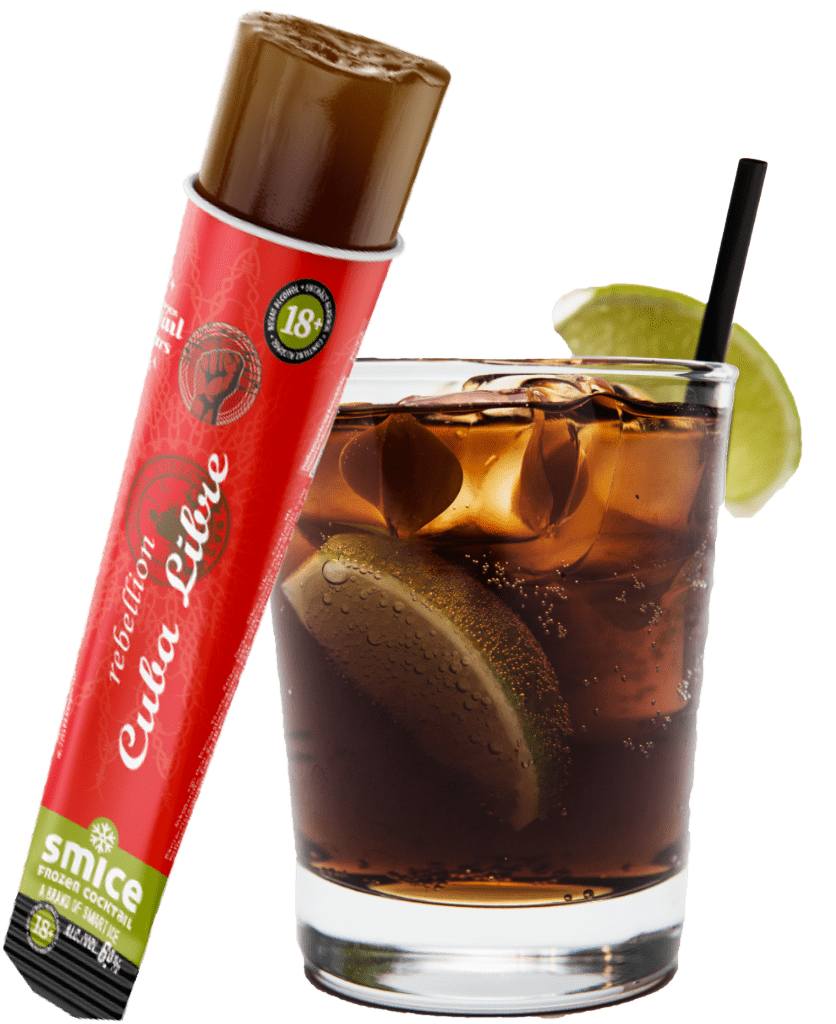 A cocktail based on gin and tonic. People usually use one and a half to twice as much tonic as gin and add ice. The cocktail was introduced in the eighteenth century to the army of the British East India Company in India.

Herbs were often used for medical purposes in the past and juniper was for example the medicine during the black plague (people thought). The medical effect of juniper has now been invalidated, but the substance quinine present in tonic is a proven anti-malaria antibody. 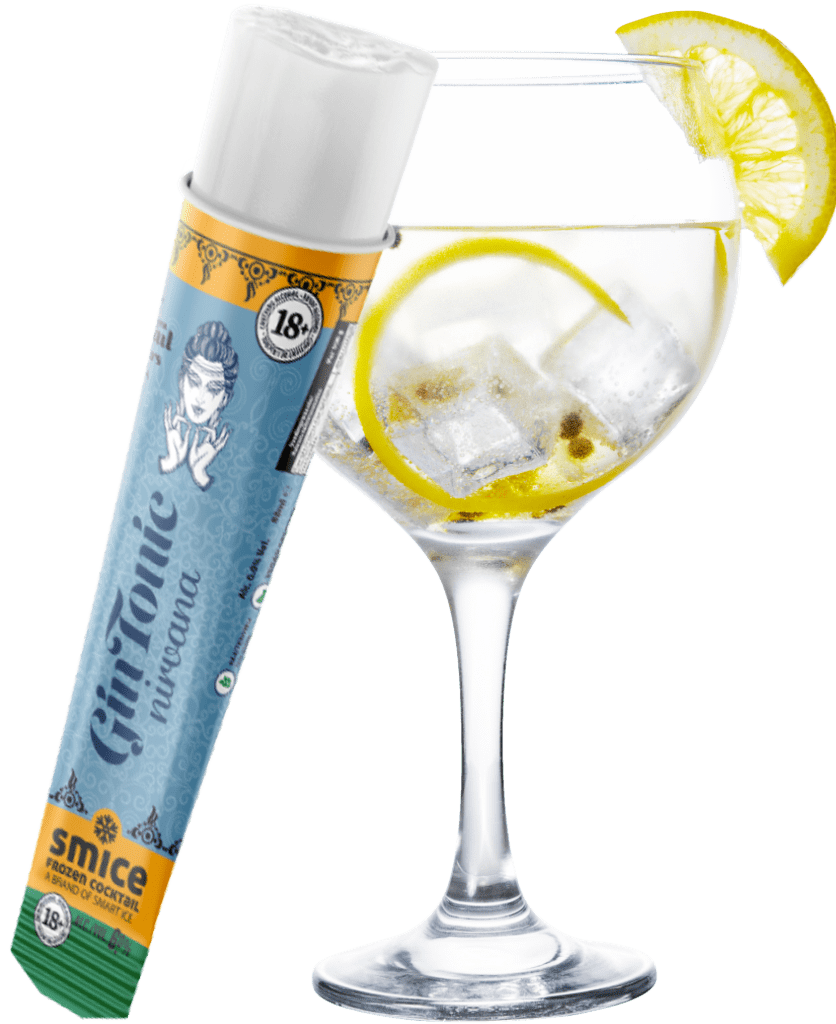 The British officers tempered the bitter taste of quinine with a mixture of water, sugar, lime and gin. The current tonic water is mixed sweeter, with less quinine, and is therefore less bitter.
- more soon -

A Brazilian cocktail with lime, cachaça, ice cream and sugar. It is part of what the Brazilians call "batidas"; drinks or cocktails consisting of fruit and cachaça.

The drink was originally used as a medicine against the flu. Possibly the first Caipirinhas were made in the São Paulo countryside. The name Caipirinha is derived from the word Caipira used in Brazil. This is a condescending term that refers to an uneducated rural resident. 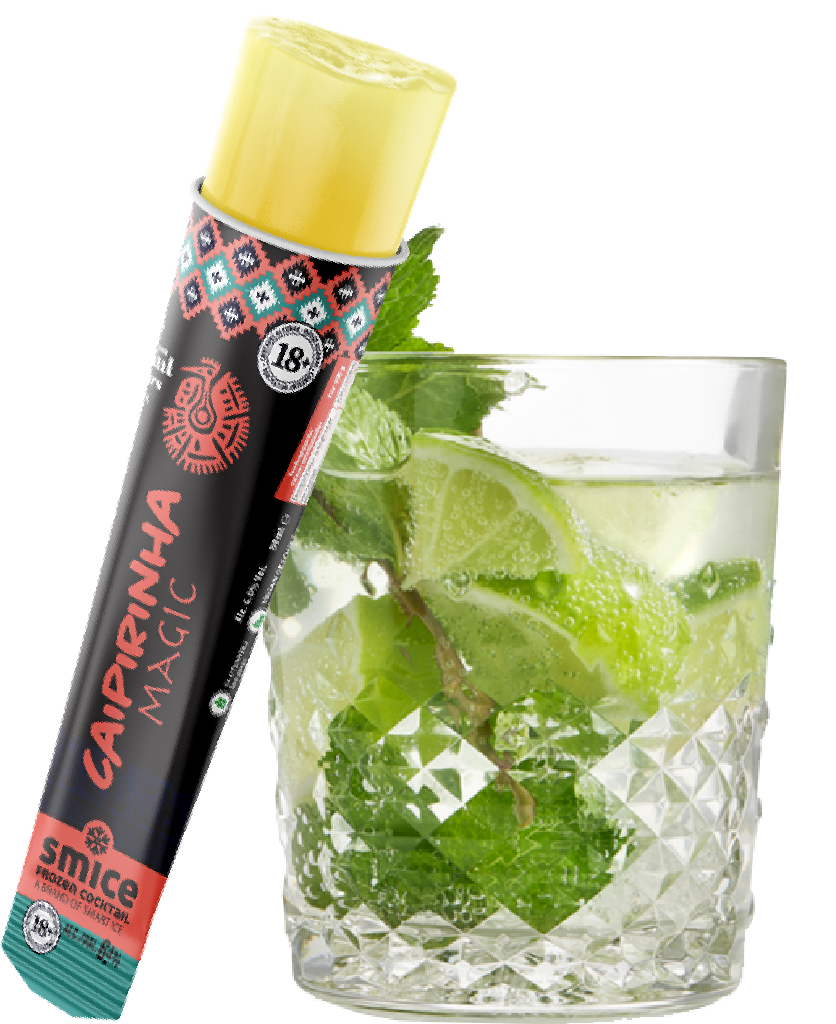 In Brazil, most restaurants, bars and beach bars have caipirinha on the menu. This drink is frequently used in traditional barbecues with family and friends on Sundays.

Smice is a part of Smart Ice B.V.